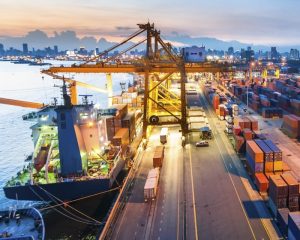 Phnom Penh (Cambodia) – May 12, 2017 (travelindex.com) – Despite setbacks, the regional integration and free trade agenda is moving forward, requiring countries to pay attention to developing the skills and capacity to manage the risks, warned government, business and finance leaders and trade experts in a session on regional trade at the World Economic Forum on ASEAN.

“Trade is very much still required but it must come with a discussion of what are the associated skills that are needed” by people affected by it, Vivek Bhatia, Chief Executive Officer, Asia-Pacific, of thyssenkrupp AG in Singapore, said. William Maloney, Chief Economist, Equitable Growth, Finance and Institutions, at the World Bank in Washington DC, added: “We have to take a long view. We have to prepare the economies that are opening for being open.”

“The driving force of globalization is not trade but technology,” argued Arancha Gonzalez Laya, Executive Director of the International Trade Centre (ITC) in Geneva. “We have to pay more attention to how we distribute the costs and benefits of globalization.” Some may use trade and protectionist measures to address that challenge. But what they should pursue is “the heavy and difficult domestic agenda that builds the competitiveness of the economy and the skills of your people,” Gonzalez stressed.

Maloney called for a “dynamic response to trade” that includes skills development, strengthening the rule of law and bolstering social safety nets. “It means a whole set of the behind-the-border things that we might have lost sight of” while focusing only on trade.

The decision by the new administration in the United States to pull out of the Trans-Pacific Partnership (TPP) has not diminished ASEAN’s determination to pursue regional integration, Pan Sorasak, Minister of Commerce of Cambodia, said. “We want to show that regionalism is working and won’t stop.” There is a lot to do, including addressing non-tariff barriers and enhancing connectivity through infrastructure development and expanding e-commerce, he added.

“It is a bit early to say that TPP is dead,” Gonzalez remarked. “I hope that what has been negotiated remains as a benchmark, at least the rules part.” While the Regional Comprehensive Economic Partnership (RCEP) trade arrangement, which includes ASEAN and six other economies including China, could be concluded by the end of this year, it is not as deep in its content and commitments as the TPP.

Despite concerns about the impact of free trade agreements such as TPP on blue-collar workers, the free trade process will continue, Xue Li, Director of the Department of International Strategy at the Institute of World Economics and Politics (IWEP) of the Chinese Academy of Social Sciences (CASS), agreed. “In the long run, labour is benefiting from globalization,” he concluded. “Without free trade, it is hard to imagine what will happen in the world.”