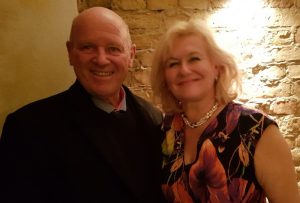 Victoria, Mahe (Seychelles) – March 12, 2018 (travelindex.com) – The annual pilgrimage to the ITB Berlin by the world of tourism has come and gone. Countries wanting to grab a greater share of the tourism market were all once again in Berlin last week. For a change I did not appear on behalf of Seychelles at this year’s ITB. Instead, the Saint Ange Consultancy was invited by European partners to be by their side. I take this opportunity to thank the press who tracked me down while I was at ITB, and all the tourism trade friends who made time to meet with me.

Seychelles on its part had prepared an excellent new-styled stand, and the private sector trade were present in force for what should have been a great ITB now that Germany is consolidating itself as the #1 tourism source market for the islands. However, the week was marred by the announcement made by President Danny Faure regarding the new tax to be slapped on all tourists heading to the islands of Praslin and La Digue; the news stole the show and caught the Seychelles tourism industry off-guard.

Today, it would appear that we, as a Nation, are embarking on a mission to bleed our industry. Every tourist landing on the islands of La Digue and Praslin will soon be forced to pay a landing tax. This was the announcement made by President Danny Faure in his 2018 State of the Nation Address, without any prior consultation with the Tourism Board or the Tourism Industry’s Association, the SHTA.

Madame Sybille Cardon, the Chairperson of the SHTA and herself a hotelier of Praslin, questioned why the tax was being imposed on just these two islands out of the 115. As it stands, operators on islands away from the main island of Mahe are already burdened with higher operating costs because of extra cargo charges for all their needed essentials. This may be adding insult to injury.

The mistake made over and over again by so many tourism destinations is to bring in new taxes when the tourism trade has already prepared and signed their contracts with all their overseas partners. Seychelles as a tourism destination with years of experience should know better. Praslin and La Digue islands will fast feel the brunt of this latest tax announcement.

Seychelles tried in the past to be innovative in milking its tourism industry by introducing a “Gold Card” Tax for all arriving visitors, which backfired so spectacularly that it was discontinued even before its implementation date. The effects of this announcement were felt for years to come as tourism guide books and tour operator programes had already warned tourists that this tax was in place.

Seychelles already has a Passenger Service Fee (a landing fee) added to all airline tickets to and from Seychelles International Airport and even this is set to be increased again. Praslin has its own Passenger Service Fee (another landing fee) for anyone landing on Praslin by Air Seychelles. Ferries docking at Praslin and La Digue pay another Port Fee, as do cargo boats, and these are all being passed on to the passengers or customers.

Moreover, visitors to Praslin are already being forced to pay a fee to visit the island’s key attraction, the Vallee de Mai Nature reserve, and on La Digue they pay again to access the beach of Anse Source d’Argent, even though access to beaches are meant to be allowed and at NO Charge.

We are once again at risk of pricing ourselves out the of market. If Praslin and La Digue are too costly to visit, tourists will no longer flock to their shores. As a consequence, small businesses and tourism establishments on those islands will suffer.

Instead of imposing yet more taxes on the unsuspecting tourist, we should be more focussed on creating new attractions or facilities to encourage the visitors to discover more and to entice them to spend more. Visitors cannot spend if they have nothing to spend on. Introducing more activities on each island, instead of blindly taxing tourists for merely breathing in the Creole air, would entice tourists to spend more time exploring and enjoying all that the islands have to offer.

A canopy walk at Fond Ferdinand, for instance, would be an exciting and innovative addition to Praslin’s repertoire. This is but one suggestion that has been proposed over and over again which would increase yield from tourism instead of just another tax that is set to adversely affect the Seychelles tourism industry in the long run.

Best Tourism Minister of the Year

“It is truly humbling to be recognised in this manner at such a major international event. I accept this award, not for myself but for the people of Jamaica – it is clear that we have made our mark on the globe. The world now knows that Jamaica can host the biggest conferences and that we have some of the best attractions and hotels. No matter the passion point of our visitor, we can deliver,” said Minister Bartlett proudly.

I have had the pleasure of meeting Edmund Bartlett and working alongside him as fellow Ministers. Only a week ago, I wrote in this column that the Tourism Minister of Jamaica was operating as the visible tourism personality and in so doing ensuring that Jamaica was more relevant than ever as a tourism destination. His accolades today speak for themselves.

Congratulations to Daniela Wagner for being a recipient of “Celebrating Her Award” for 2018. Daniella has not only been a good and sincere friend in the centre of the Jacobs Media Group but she is also the advocate for working together as an industry, as she displays through her role in PATA.

At ITB 2018, as she has done every year for 9 years, Daniela rallied tourism trade friends together for a working dinner. I feel honoured to have been invited to be part of this small group, where the ‘camaraderie’ set the base for important discussions for the benefit of world tourism. I am proud of you and thank you and the group at Jacobs Media for your sincerity always.

Seychelles did breathe a sign of relief when the Leader of the Opposition announced in his reply to the State of the Nation Address that the Opposition would not ratify the Assumption Agreement with India as it currently stands. Seychelles as a whole is hoping that ‘will not ratify’ means a No Vote in the Assembly, and not a mere abstention. An abstention would allow the ruling party’s members to ratify the infamous Agreement even with the few members they have in the National Assembly.

A referendum on the matter is still being called for to give the People of Seychelles a say. This is the minimum elected representatives can propose now that the details of the Agreement are public and its consequences have been understood. Our small Nation cannot throw away its Non Aligned principle with Seychelles being the “friends of all and enemies of none” since 29th June 1976 without the voters having their say on the matter.